GAME OVER – THRILL GAMING EMBROIDERY
In the domain where Mega Man meets the twisted stitch and Super Mario the cross-stitch, artist Per Fhager shares his best gaming experiences during the early days of video games in the form of embroidery.

Today, video and computer games are among mankind’s foremost cultural expressions, with millions of gamers active worldwide. Early video games from the 1980s and 1990s were designed on a dot matrix, just like classical embroidery. The 8- or 16-bit pixel graphics of the games can thus be compared to the threaded stitches of embroidery. Per Fhager is fascinated by both the endless possibilities of embroidery and the magical ability of games to transport the player into another world. By combining these two passions, he has discovered a unique expression that represents our time. His colourful embroideries draw their motives from retro-games, such as Mega Man, Super Mario, and Zelda. In video games, images quickly flicker past our eyes, whereas Fhager’s works freeze a particular moment amid an exciting story. The inspirations for his images are pulled from personal memories of his favourite gaming experiences. Through Fhager’s embroidered fantasy landscape and heroic game characters, a traditional handicraft is transported into today’s world of images. 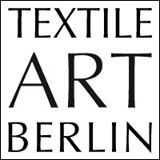